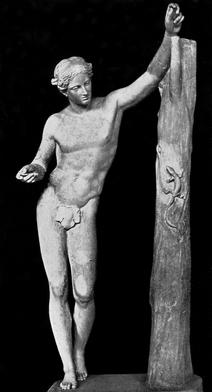 To pre-Copernican astronomers, Sol was the eye and mind of the whole universe.  His sphere was the heaven of theologians and philosophers and produced the noblest metal, gold.  Although Sol’s metal-making power was no greater than that of the other planets, it featured more prominently in assessments of his character because of the tremendous human desire to imitate it.  Alchemists were continually on the look-out for ‘the philosopher’s stone’ that would allow them to turn base metal into gold.

Sol’s characteristic influence was to illuminate the human mind, making people wise and liberal.  ‘Liberal’ here means generous, free, and opposed to cupidity and utilitarianism.  Sol burns away base considerations of greed and profit.  He ‘hurts and humbles’, as Lewis put it in his poem, ‘The Planets’.

The Greek equivalent of Sol was Apollo, who was known by various names: Apollo Smintheus (Apollo the Mouse-catcher), Apollo Chrysocomes (Apollo of the Golden Locks), and Apollo Sauroctonus (Apollo the Lizard-slayer).  Saura was the Greek for ‘lizard’ or ‘serpent’ or ‘dragon’.  It may have played a part in Tolkien’s choice of the name of his chief villain in The Lord of the Rings, Sauron.

Sol brought about fortunate events.  His position in the middle of the planetary ranks was held to denote a special dignity and honour, like the positioning of the heart in the middle of the body or a like king dwelling among his subjects. In the Bible, the Sun is a frequent metaphor for the divine nature (see, for example, Psalm 84:11, Malachi 4:2, 2 Corinthians 4:6, Revelation 21:23).  Jesus Christ declares, ‘I am the light of the world’ (John 8:12).